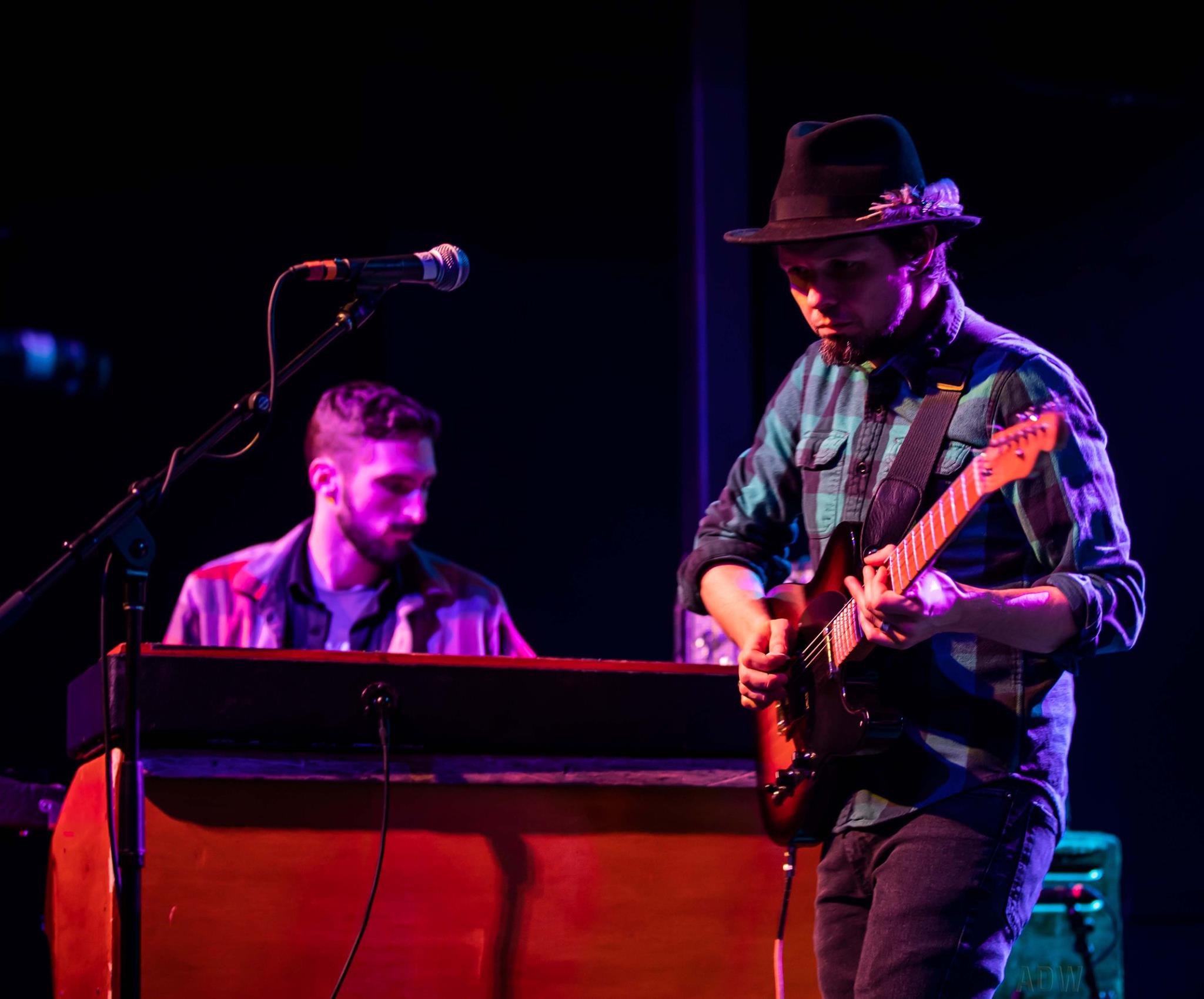 Pianist Emmett Scott teaches private students out of Ithaca, NY and works with musical theatre students at SUNY Cortland. In the past he has toured with renowned bands such as Big Mean Sound Machine and Dreamt, while continuing to perform with Swamp Kids and New Planets.

Tenzin Chopak is an artist and songwriter based in Ithaca, NY.  The son of a minister and a painter, and the brother of a fellow musician and songwriter Greg Horne, Tenzin was immersed in music through his father’s church in Oak Ridge, Tennessee.  He studied voice, piano, and guitar in his childhood and youth, frequently performing his original music publicly both solo and in various bands. Chopak was also involved with visual art, theater, and modern dance. In 1999, after some years of a burgeoning devotion to the study of Tibetan language and religion, he traveled to North India.  It was during his eight month stay there that he was given the name “Tenzin Chopak”. For the following twelve years, while continuing his study of Tibetan in upstate, NY, Tenzin kept music a quiet if not hidden part of his life.

In late 2011 he began to write and perform publicly again. Teaming up with renowned banjo player Richie Stearns, violinist vocalist Rosie Newton, violinist Eric Aceto, and bassist Ethan Jodziewicz, he formed an ensemble he called Rockwood Ferry as a vehicle for his music. Since then, he released three albums under the Rockwood Ferry name (bringing in other respected players such as bassist Rich DePaolo, drummer Bill King, and horn player/multi instrumentalist Peter Dodge). His fourth and fifth albums were released within a few months of each other.  The fourth album “Awful Good” (11/16) is an old-fashioned acoustic live in-studio style performance album with deep roots influences and sweet vocal harmonies featuring ensemble players Nicholas Walker on double bass, Rosie Newton on violin and vocals, and Greg Evans on drums. His fifth album “Alone in the House” (3/17) is a solo guitar and voice project recorded with one microphone in one day. Both albums were produced by multi Grammy winning engineer Brian Dozoretz.

Chopak’s sixth studio album was engineered by Angelo Peters at Black Bear Studios with Rosie Newton, Greg Evans, and Joey Arcuri, and will be released in 2019.