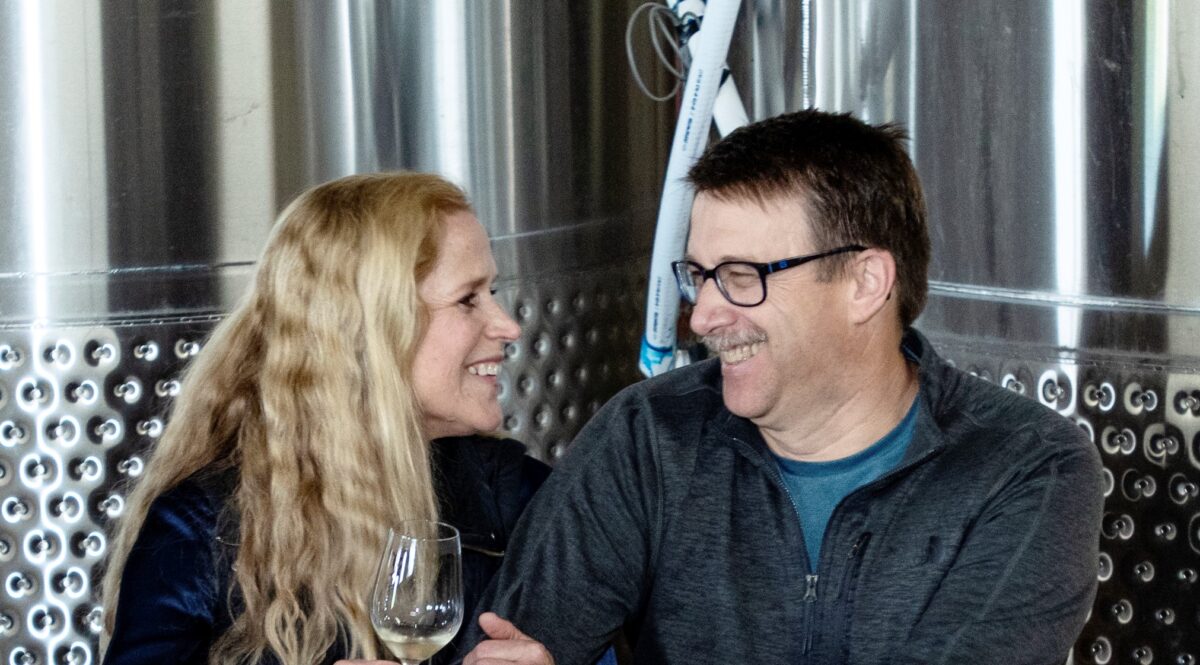 The 2017 vintage of the Pinot Gris – Glacier Ridge follows in the footsteps of the 2016, remarkably rich and concentrated which allows us to handle this Pinot Gris akin to what would be expected of Grand Cru White Burgundy.

From our Co-Owner, Susan Waterbury comes a little story to pair with a delicious recipe!

This is the recipe I made Dave on our first at-home date. (Nine years later, Dave does most of the cooking at home which makes me very happy, but my hobby has always been cooking and reading about food and wine). I picked one of my favorites and a recipe that I knew well and had made many times. Dave loved it and brought up the recipe as a dish that would well match Red Newt’s Pinot Gris. Enjoy with a glass of Glacier Ridge 2017 Pinot Gris! Yum… 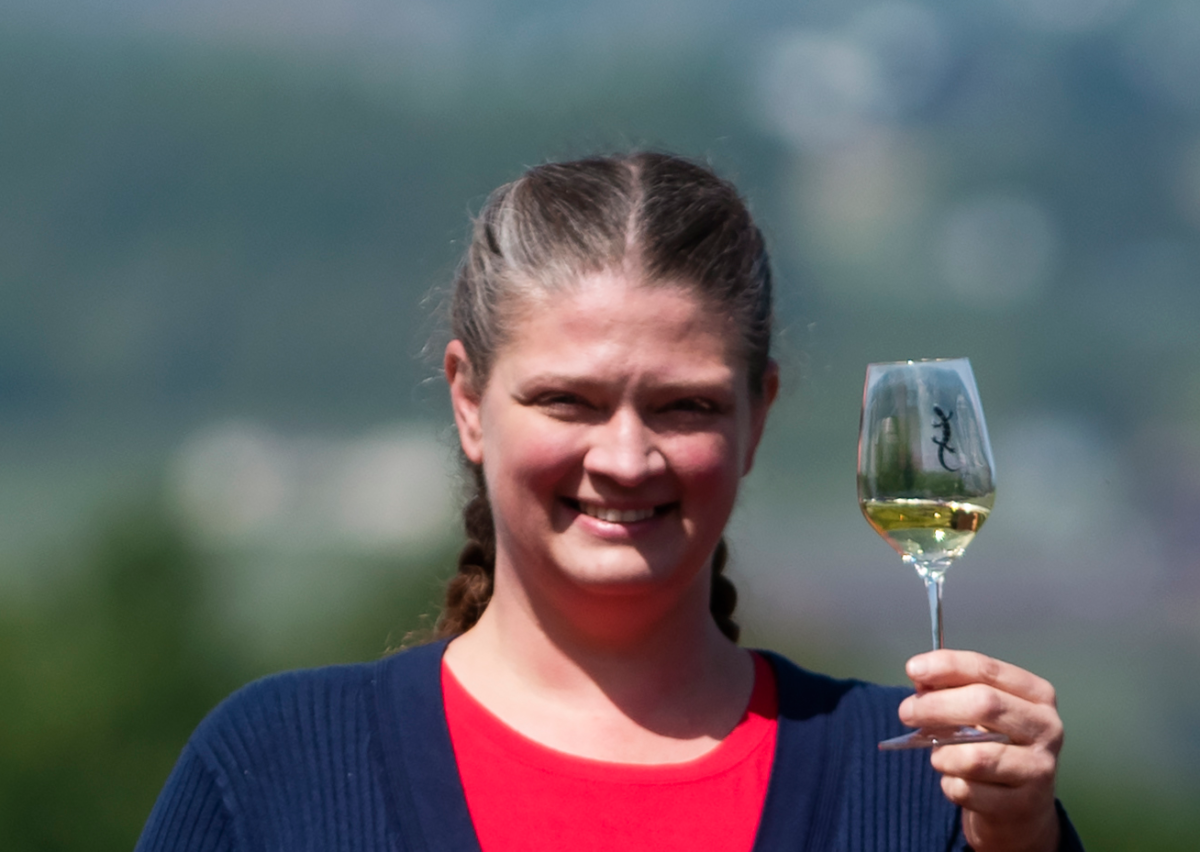 The Pinot Gris-Vin Gris is a wonderful addition to the Pinot Gris line-up at Red Newt. In 2014 we made two distinctly different Pinot Gris from the fruit gown at Curry Creek Vineyards. The single-vineyard bottling follows the traditional style of Red Newt winemaking for Pinot Gris, while the Pinot Gris – Vin Gris takes a unique path and does have a decent amount of barrel aging and went through malolactic fermentation. The result of this fermentation process is the lovely fruit of Curry Creek Vineyards with a more unctuous mouthfeel and a softer creaminess.

Most of you have met our long-time tasting room staffer and music coordinator Heather, and if you have met her even once you know how passionate she is for Finger Lakes wine and food. This recipe comes from her kitchen and is a great addition to the Red Newt Pinot Gris recipe portfolio!

Melt the 2T. Butter in a saucepan on med-high heat. Add the chopped baby carrots and rice and stir frequently and cook until the rice is a golden brown. Add stock, bring to a boil, reduce heat to simmer and cook for 15 minutes. Set aside. Cook green beans, drain, and add a dash of butter, salt, and pepper to taste.

Melt 2T. butter in a pan over med-high heat. Once the pan is hot add the shrimp and scallops to the pan. Cook 2-3 minutes per side. Once cooked, remove from heat and set aside. Add remaining 2T. Butter to saucepan on med-high heat. Place salmon meat side down into the pan and cook for 5-6 minutes. Remove salmon from the pan and let it rest.

Take the pan you cooked the seafood in and add ½ c. water to raise flavor from the pan and add remaining sauce ingredients. Bring to a boil and reduce until slightly thick.

Lay the rice pilaf down on a plate, add some green beans to the side, add your seafood and drizzle all with the sauce and a little fresh lime juice. Enjoy! 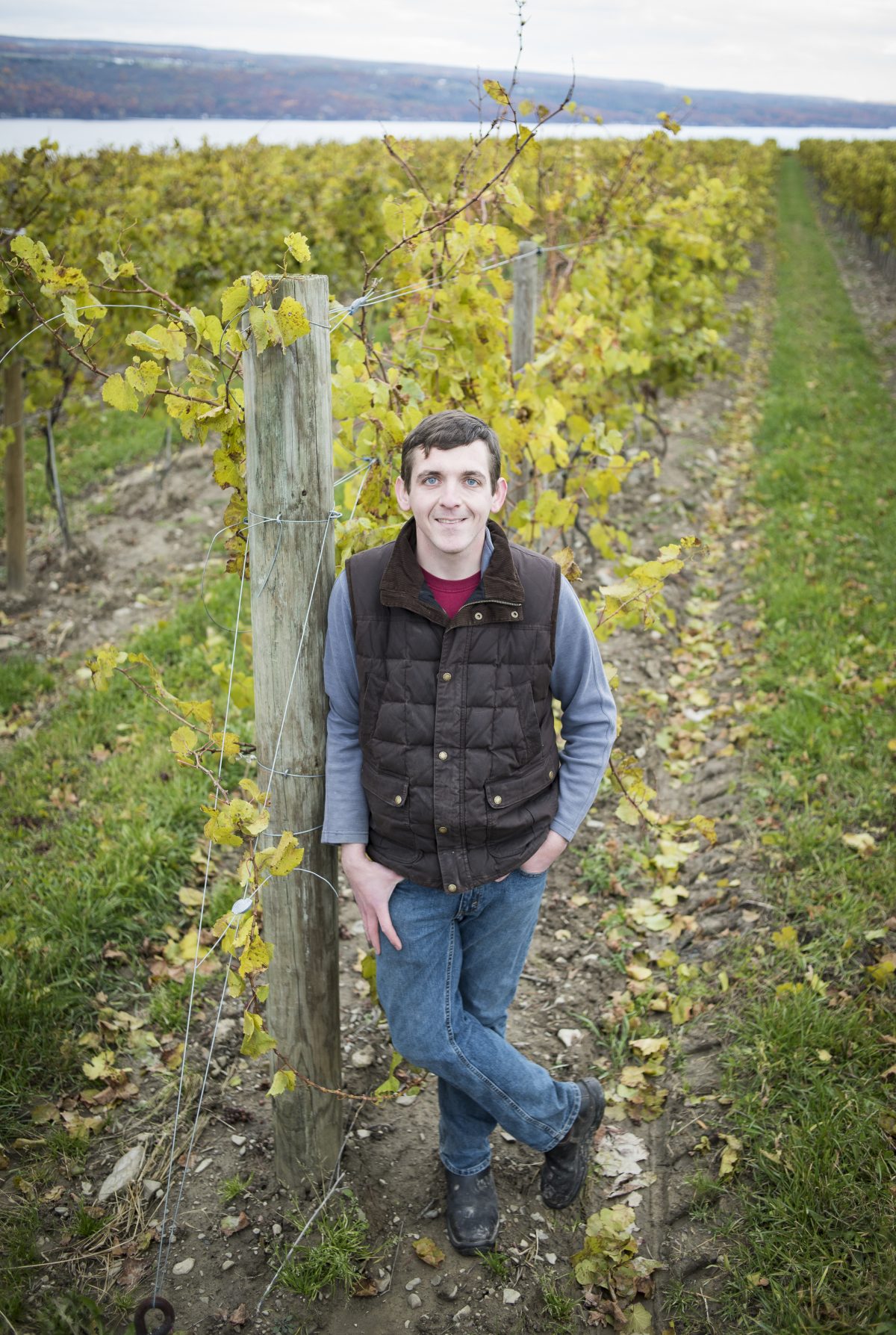 The first vintage of single vineyard designated Pinot Gris from Glacier Ridge to hit the shelves, this wine is already a hit! In opposition to the aromatic and crystalline Rieslings, with the Glacier Ridge Pinot Gris we delve into the texture and depth of white wine.

Musing from our Winemaker from his kitchen…

Is there an ingredient that has gone through more guises in the past few decades than Pork Chops?  While always being a special treat for a meal, they have gone from being main course royalty to tragically misunderstood and back again.

Perhaps they were initially victims of their own success; the chops themselves used to be bone-on, thick, and a rarity, but by the late 1990s their popularity had driven them to be thin, lean, and boneless.  Rather than cooking them simply with a nuanced sauce to highlight their flavor, the sauces in pork chop recipes came to cover up how dry the cut often was.  Food safety guidelines were to cook all pork to 160F, at which point they also happen to turn into cardboard.  Meagz tells the story of an acquaintance who, as a younger child, enthusiastically would eat pork chops and unironically laud them for being, “dry and dusty, just the way I like it!”

Thankfully, with the re-emergence and appreciation of our local farming community, real pork chops can be readily found once again.  They are not inexpensive, but nor should they be.  A recipe like the below is meant to be a treat, and to simply adorn the best quality pork chop you can find.  It is also one of my favorite ‘genre’s’ of recipe: it is an American version of a French recipe, that is itself a fantasy of what the French think a Hungarian pork chop preparation would be.  It’s akin to culinary telephone, but the results are delicious.

And to pair with it?  A wine from a grape who’s trajectory parallels the pork chop!  Pinot Gris has gone through as many evolutions as any grape in the past few decades; from being the rich, perfumed white wine of Alsace to becoming a code-word for cheap, cheerful, and thin as Pinot Grigio.  Much like modern day farmers, our handling of Pinot Gris at Red Newt is meant to reclaim what this grape can be.  Curry Creek Vineyard delivers an unctuous style of Pinot Gris year in and year out, and it is our honor to celebrate that beauty in this bottling.

So enjoy this Finger Lakes wine from an Italian grape by way of Alsace, with the American-French-Hungarian recipe below: the combination brings a whole new meaning to fusion! 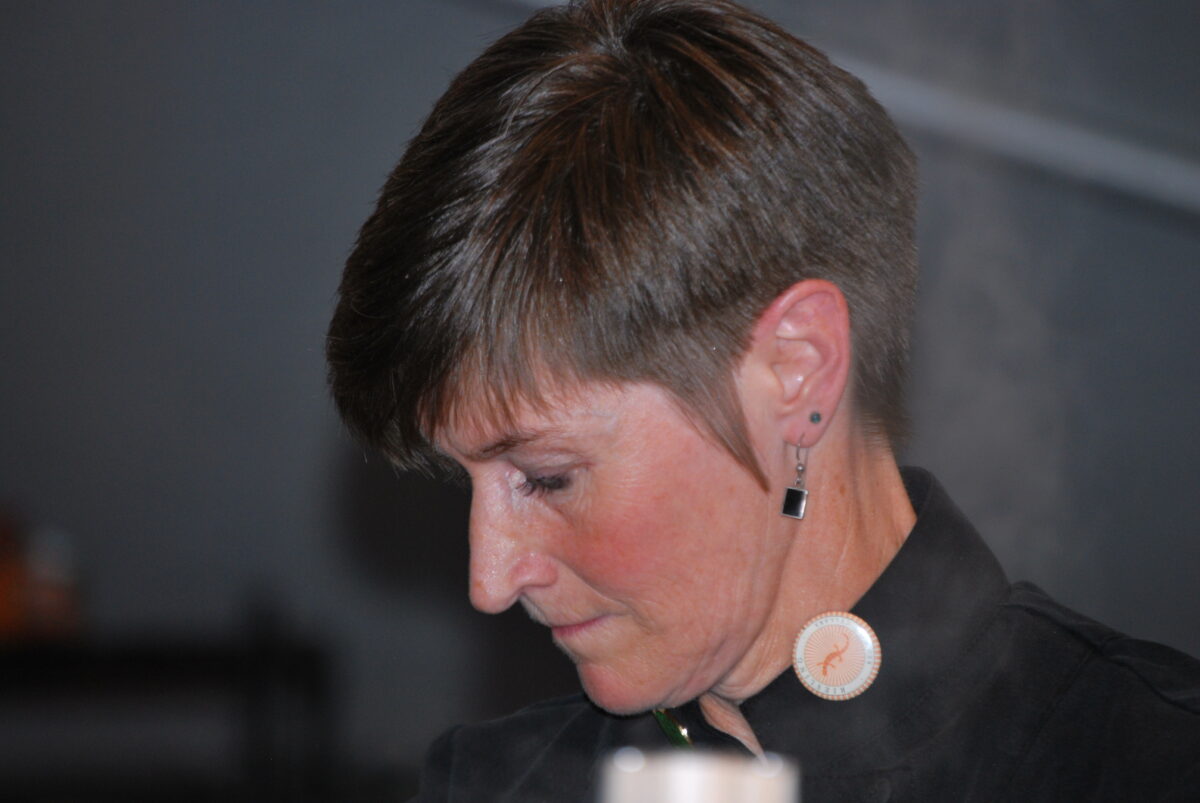 The winter preceding the 2015 growing season was unbelievably brutal featuring the cold month ever recorded in the Finger Lakes. As a result of that harsh winter the yields from the vineyard were much lower than we would anticipate from a relatively nice growing year. The fruit that did arrive to the cellar did so in wonderful shape and we are quite pleased with how this 2015 Pinot Gris from Curry Creek Vineyards has aged thus far.

We have delved into the cookbook archives to bring you this recipe from the mind of our co-founder and late Chef, Debra Whiting.

A perfect example of fall cooking in the finger lakes. This is a recipe we hold near and dear to our hearts and our taste buds thank us! We often served these meatballs with wild rice and roasted brussels sprouts, and it will pair wonderfully with the 2015 Pinot Gris – Curry Creek. We hope you will

Enjoy this as much as we do!